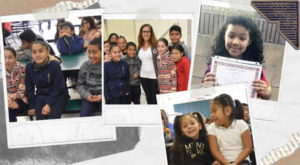 David Saltzman wrote and illustrated The Jester Has Lost His Jingle during his senior year at Yale University after he was diagnosed with Hodgkin’s disease. David graduated from Yale with high honors in May 1989 but passed away not long after in March 1990. President and co-founder of The Jester & Pharley Phund, Barbara Saltzman, also David’s mother, has worked passionately with her family for nearly three decades to bring the Jester’s message of hope and humor to children and adults throughout the country, first self-publishing David’s book in 1995 and then forming The Jester & Pharley Phund in 2000. 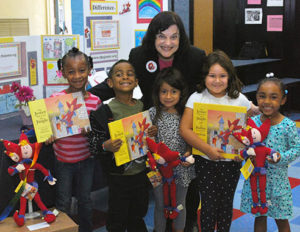 The Jester & Pharley Phund is a 501(c)(3) charitable organization dedicated to helping children with cancer and other serious illnesses through Saltzman’s award-winning book, The Jester Has Lost His Jingle. The mission of The Jester & Pharley Phund is to inspire charity and empower children facing serious challenges – both educational and medical – by sharing the universal message of hope and caring found in the book and donating the Jester book and doll to hospitals. 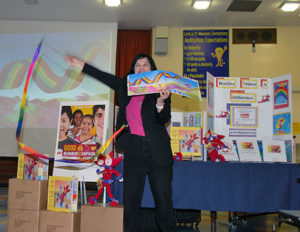 With the support of the NAILBA Charitable Foundation, The Jester & Pharley Phund has continued to spread its message of hope and humor through award-winning literacy programs for schools and medical programs in children’s hospitals across the country.

One such literacy program, Reading to Give, offers students a unique and engaging way to help ill children while expanding their own reading skills. In the Reading to Give program, students are challenged to read as many pages as possible in their free time. Students request family and friends sponsor their reading and for every $10 raised, a copy of The Jester Has Lost His Jingle is donated to a local hospital. 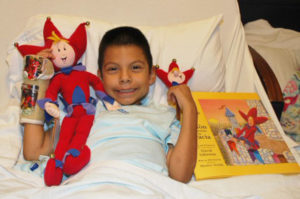 According to Lynne Rosenberg, president of Innovative Solutions Insurance Services and friend of the Saltzman family, Barbara (the Jester’s mom), personally travels to these schools to read and promotes reading as a way of life.

“The Jester speaks of hope. Barbara speaks of reading and learning. And together they work to provide hospitals with the book and doll. So many children are impacted by The Jester,” said Rosenberg.

Rosenberg shared that Innovative Solutions employees are excited to be joining Barbara to read at the schools again in the upcoming year. 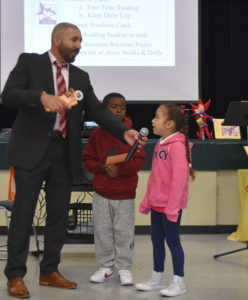 Recently, the Jester visited Martin Luther King Jr. Elementary School in Compton, CA, where Principal Leonidas Tarca started the student assembly by encouraging students to read more than ever in their free time as part of The Jester’s Read-A-Thon.

“I love this program and you will, too, because you can help so many sick kids just by reading,” Principal Tarca told his students, who enthusiastically participated in their school’s Read-A-Thon. The students earned enough to donate 42 copies of The Jester Has Lost His Jingle and 42 Jester & Pharley dolls to Miller Children’s Hospital in Long Beach, California, where bookplates acknowledging both NAILBA and King Elementary are now displayed.

“We are grateful to NAILBA for its generous support, which helped make a difference in igniting an interest in reading and boosting empathy among King Elementary Wildcats,” Saltzman said.